Roberta, Keith, Steve and Celeste traveled to the State Capitol and presented the Connect the Comet Petition with letter to Governor Deal’s office.

“This morning​, four leaders of​ our​ Connect the Come​t group ​(Roberta, Celeste, Keith​ and​ Steve) delivered our nearly 4000​-​signature​ ​petition​ ​to Governor ​Nathan ​Deal’s office at the Capitol​, ​requesting ​​​​the State of Georgia ​to ​​acquire the unused CSX ​right-of-way needed to extend the ​Silver Comet ​Trail southeast into Atlanta and connect ​it ​with the popular Atlanta BeltLine Trail.​​ Later this afternoon, WSB C​hannel 2 ​N​ews ​(ABC) ​interviewed me at ​the right-of-way crossing on ​Plant Atkinson Road​ to see ​that the crossing has been completely paved over so the CSX ​tracks are no longer used. The Marietta Daily Journal ​has posted ​a story, and ​an Atlanta Journal​-Constitution story is ​coming.​” 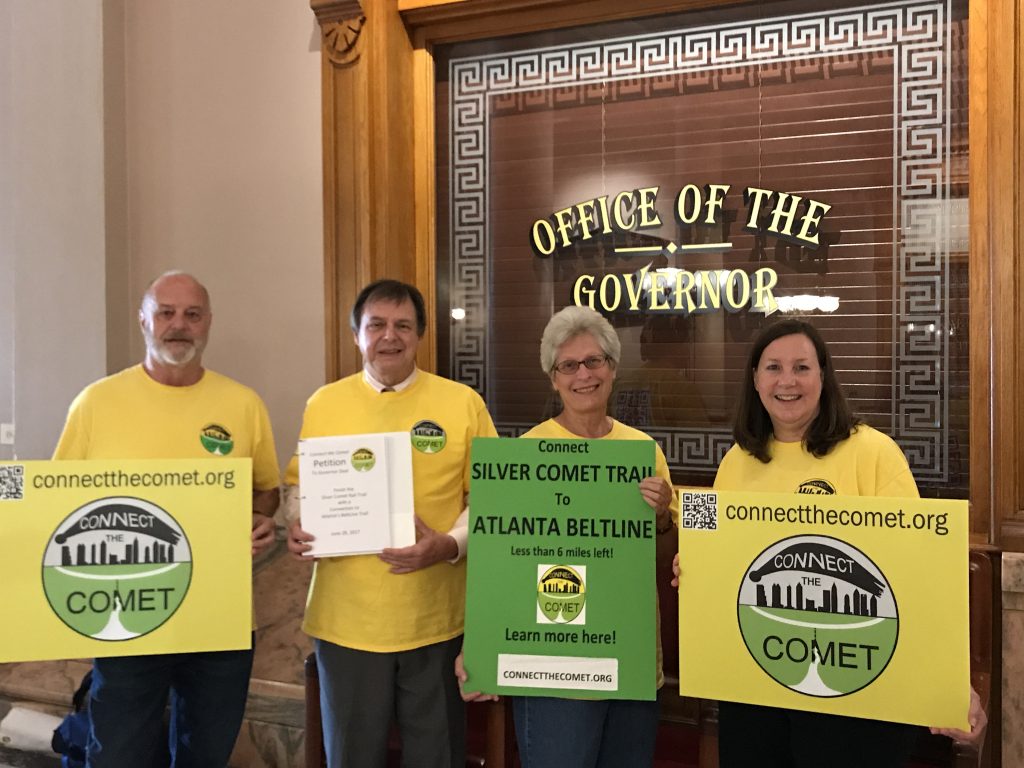